At the moment I saw a drawing in a book similar to the drawing below I instantly saw a parallel between what we are training in the 22 form and what was explained as similar (I hesitate to say the same because I’m not a physicist). 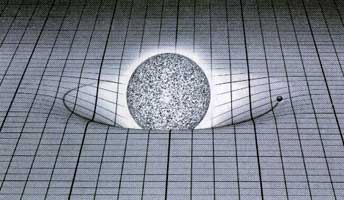 Part of the reason for this insight is because I have known our Tai Chi model for more than a decade. The other reason is because I had for some time mainly use the principle of using a curve to move between two points whether in playing push hands or striking.

It was good that we now have another aspect of physics confirming what we do in Tai Chi. Some of Einstein’s postulates took many, many years to prove because the technology to do so had not caught up.

Do you know what came into my mind when I read about the LIGO mirrors and gravitational waves?