I first read about it in Malcolm Gladwell’s Outliers : The Story of Success which came out in 2008. 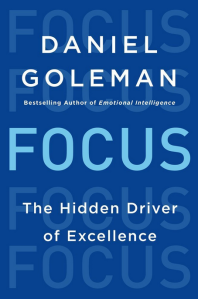 “If you are a duffer at golf, say, and make the same mistakes every time you try a certain swing or putt, 10,000 hours of practicing that error will not improve your game. You’ll still be a duffer, albeit an older one.

No less an expert than Anders Ericsson, the Florida State University psychologist whose research on expertise spawned the 10,000-hour rule of thumb, told me, “You don’t get benefits from mechanical repetition, but by adjusting your execution over and over to get closer to your goal.”

The moral of the lesson here is that you must never learn Tai Chi blindly and also never, ever practice blindly either.

For example, when a student is obsessed with learning fajing he will try to practice harder, not necessarily smarter to get there faster. So when he hears that peng jiang (body expansion) is a key to fajing he will try to open up his body through mechanical movements rather than by using intention to subtly adjust his body.

In this way he will end up with problems such as unnatural positioned elbows as I mentioned in this post.  When he tries to use this in push hands he will encounter other problems. If he then fails to re-examine his learning, assumptions and practice methods he will be doomed to repeating the same mistake and end up using more physical strength to compensate thus ending with more muscular arms.

It is not easy to Master Tai Chi Today even when you know what you should be doing. Given this scenario it will definitely be so much harder if you are vague about what it is you are supposed to be doing. In this way, don’t practice blindly for 10,000 hours as you will veer further and further away from your target mastery.

Read this post also as it has additional information on the 10,000 hours rule particularly the section under Deliberate Practice.